Wednesday December 1st at 12PM
Online Event
Friends of History Lecture is drawn from the new, revised and expanded edition of Valles Caldera, A New Vision for New Mexico’s National Preserve, by Don J. Usner and William DeBuys, Museum of New Mexico Press, 2021.
Usner and deBuys will present a photo-talk on the Valles Caldera National Preserve highlighting the main events, political and ecological, of the first twenty years of the preserve and its prospect for the next twenty.
Usner will show some of the photographs he captured for the revised and expanded edition of the book, which first appeared in 2006, including a selection documenting the effects of the Las Conchas and Thompson Ridge fires.
for more details please link HERE
more about New Mexico History Museum:
The New Mexico History Museum includes the Palace of the Governors, Fray Angelico Chavez History Library, Palace of the Governors Photo Archive, Palace Press, & Native American Artisans Portal Program.
Promoting understanding of the diverse experiences of New Mexico residents, the forces that shaped our state, and our connections with the rest of the world. 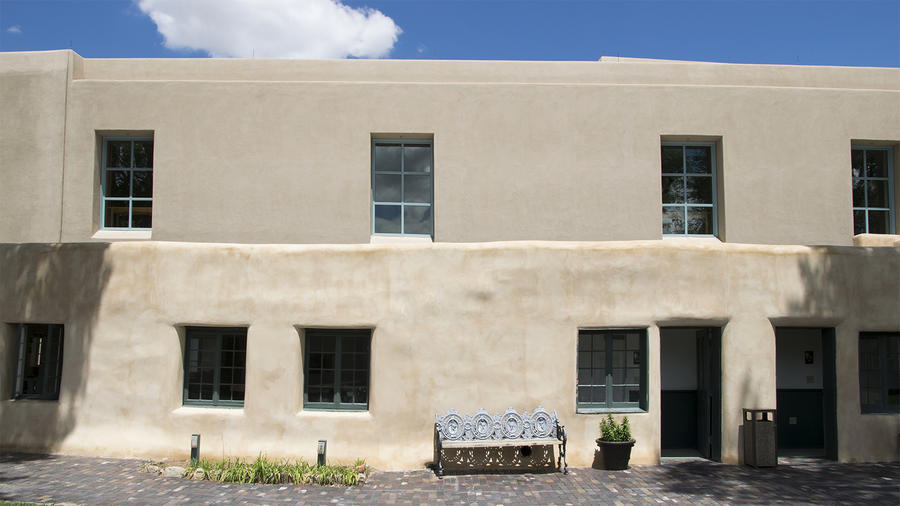 View of historic and contemporary buildings from the courtyard. Photo by Hannah Abelbeck

The spaces are connected through a large interior lobby and outside courtyard.

Primary access is through the main entrance at 113 Lincoln on the west side of the Domenici Building. 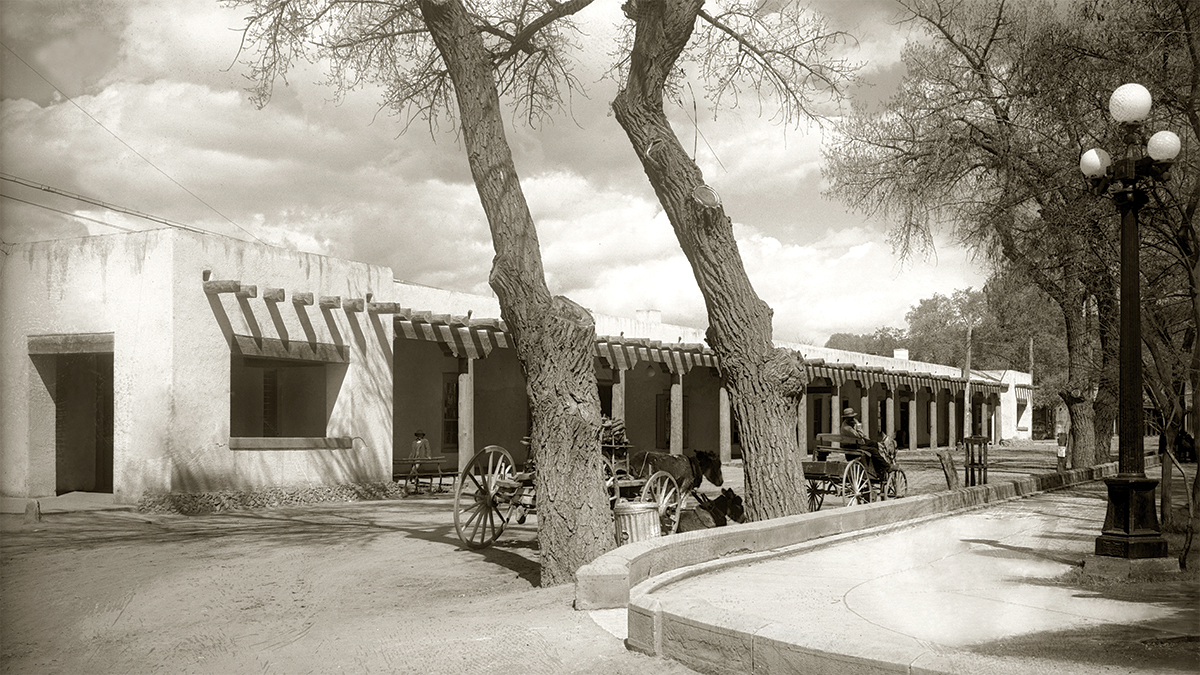 The Palace of the Governors

Erected in 1610 by order of the Spanish Crown, the Palace of the Governors is the oldest public building in continuous use constructed by European settlers in the continental United States. 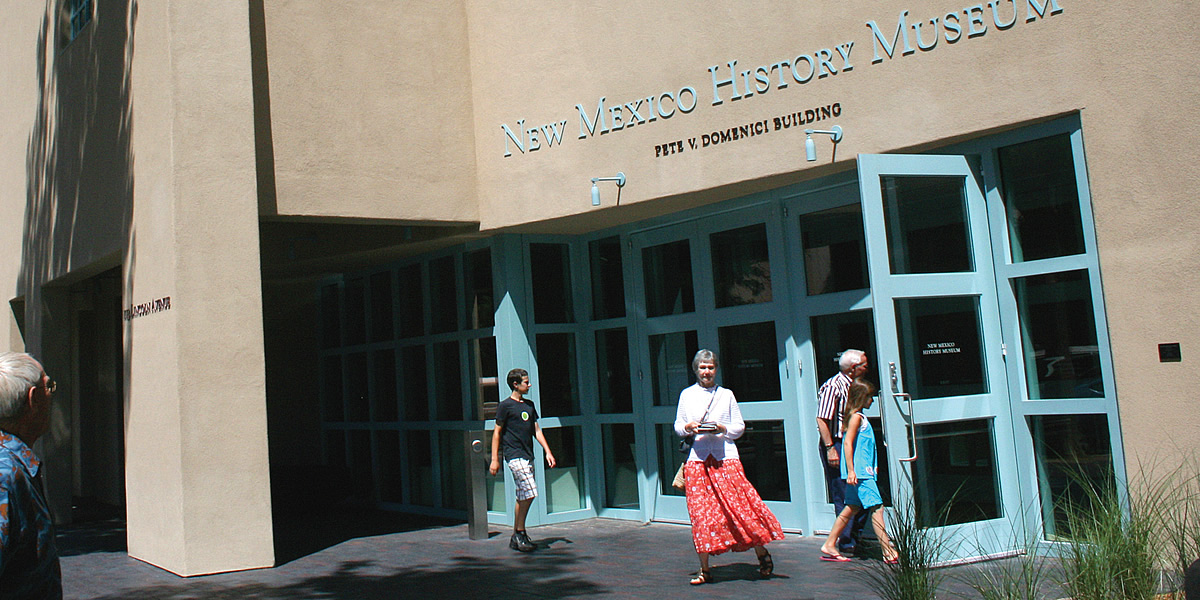 The Domenici Building, opened in 2009, is the modern addition to the NMHM campus.